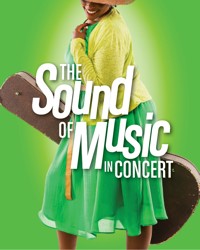 THE SOUND OF MUSIC IN CONCERT

music by by RICHARD ROGERS

In Austria, 1938, an exuberant young governess brings music and joy back to a broken family, only to face danger and intrigue as the Nazis gain power. ​

StoryBook Theatre is thrilled to bring back one of the most beloved musicals of all time for the holiday season!

Featuring a trove of cherished songs, including "Climb Ev'ry Mountain," "My Favorite Things," "Do Re Mi," "Sixteen Going on Seventeen," and the title number, The Sound of Music won the hearts of audiences worldwide, earning five Tony Awards and five Oscars. Based on Maria Augusta Trapp's memoir, the inspirational story follows an ebullient postulate who serves as governess to the seven children of the imperious Captain Von Trapp, bringing music and joy to the household. But as the forces of Nazism take hold of Austria, Maria and the entire Von Trapp family must make a moral decision.

Presented in concert format, the show is planned to be presented at 50% capacity in the Beddington Theatre Arts Centre space. Should provincial restrictions be lifted, more seats may be made available. ​

We're sorry, the ticket(s) you wanted to The Sound of Music: in Concert for the performance on Thursday December 9 2021 at 7:00 PM have just sold out or the event is no longer available for sale via the internet if the curtain time is nearing.